Behind the true-to-life historical oligarchy of Sheriff Riley Gore (in Carla Rising) was the coal industry, cynically named by the resistance of that time as “King Coal.”

This is a crisis developed over years of complicity by state and national power brokers, including elected officials, and somehow continuing to escape the attention of most media outlets. 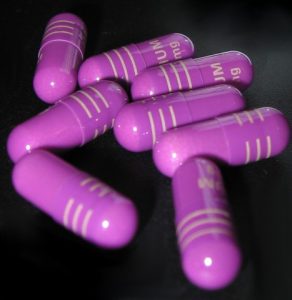 Today, the pharmaceutical industry — “Big Pharma” — is calling many of the shots in Appalachia and other parts of the United States. Public health officials in West Virginia have been watching these developments for years, a crisis that builds with the participation of state and national power brokers, including elected officials, escaping the attention of most news outlets.

Writing in The American Prospect, journalist David Dayan describes the role of Pharmacy Benefit Managers (PBMs), the “middlemen” of the US pharmaceutical supply chain. The PBMs work with drug manufacturers, health plans, and pharmacists to lower prices for US consumers across the system — that is, according to the de-regulatory “free-market ideal” being touted in Washington today.

With PBMs, however, it hasn’t turned out that way, according to the story. Instead, we see that a complete lack of pricing transparency — along with systematic kickbacks and conflicts-of-interest — have allowed PBMs to muscle profits from the other players. In other words, we see a handful of industry managers, busy drawing their own private gain as they fail at their core “market” function:  keeping drug prices low. (Makers of OxyContin, for example, reportedly paid PBMs to keep prescriptions flowing into places like West Virginia, where authorities turn a blind eye, at best.)

Not surprisingly, the US PBMs now appear to have become a monopoly industry, in which three players control 80% of the market. Their alliances with pharmacies have made them a competitor to companies with whom they are negotiating, according to The American Prospect story.

People who want to understand the US prescription drug crisis — whose biggest distributors persistently escape the scrutiny of criminal prosecutors — should take a look.  Here’s the link again.

Some years ago, here in Berlin, I had the chance to ask a question of American performance artist Laurie Anderson. This was in March 2017, just after Donald Trump took office as the American president. Ms. Anderson had been telling … END_OF_DOCUMENT_TOKEN_TO_BE_REPLACED

NOVEMBER 24, 2020 — Market conditions in the United States make it impossible for a small ‘niche’ publisher to produce books at a cost and profit that make it worth trying. Once shipping thousands of books per year — titles … END_OF_DOCUMENT_TOKEN_TO_BE_REPLACED

I was quickly made aware of the fact that there were two kinds of parents buying textbooks at this event. Both types were home-schooling their children, moved by their own disillusion with state public schools. The first kind of parent … END_OF_DOCUMENT_TOKEN_TO_BE_REPLACED

END_OF_DOCUMENT_TOKEN_TO_BE_REPLACED

The Revolution Will Not Be Shared I In this age of Trumpish tyrants, too many of us live and work in places where someone else — boss or client — is neither partner nor comrade, but our “king.” Where we’re … END_OF_DOCUMENT_TOKEN_TO_BE_REPLACED

I just received a message from a longtime Berlin pal, nonfiction filmmaker Rick Minnich, who always seems to be working on something cool and interesting. Rick has lost a friend of his own in March 2020, a 100-year-old fellow in … END_OF_DOCUMENT_TOKEN_TO_BE_REPLACED

I’m currently reading Christopher Clark’s book with the whopping title: Time and Power: Visions of History in German Politics from the Thirty Years’ War to the Third Reich. In it, Clark discusses how the Nazis “changed history” first by changing … END_OF_DOCUMENT_TOKEN_TO_BE_REPLACED

What people might want to remember today is that the US Justice Department has convicted the sitting president’s closest associates — including his attorney and his former election campaign manager — as criminals. They are sitting in prison for financial … END_OF_DOCUMENT_TOKEN_TO_BE_REPLACED

Saturday, Oct. 26, 2019 — I was talking to a dear, old friend of mine some time ago. She was thinking-out-loud about her current work — for a US food processing giant — and comparing it to the work she … END_OF_DOCUMENT_TOKEN_TO_BE_REPLACED