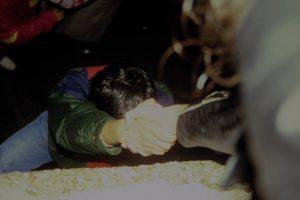 “Topper Sherwood’s sensitive and generally adroit treatment of (political boss Raymond) Chafin’s oral memoir is praiseworthy. Sherwood rarely injects himself into the narrative, and then only in the form of brief footnotes. In fact, I believe Sherwood is too unobtrusive by half. A seasoned journalist with a keen understanding of the state’s political economy, Sherwood would have served this work well with a more lengthy…introduction….”

“One of the joys of the end of the year is to write commendations for people who helped me in the most meaningful ways during the year. Topper Sherwood is at the top of my list. At the risk of repeating my verbal comments…I want to state for the record some examples of Topper’s service to the Maryland Power Plant Research Program that Dr. D— and I consider to be exemplary, and above and beyond that which we could reasonably have expected when entering into the Memorandum of Understanding with your organization.

“We asked that you develop other clients so that … you would not be entirely dependent on this Program for support. Topper pursued this with vision and immediately developed a relationship with the Maryland Bureau of Mines that brought considerable funds into (your organization) and relieved the pressure on our budget. He negotiated with considerable finesse with the Office of Surface mines to have administrative funds included in grants from that important source, again bringing extra funds that relieved pressure on our budget with you. I was most impressed by the way he brought together diverse watershed interests to get the proposal for Phase I of the Hoyes Run Project written. Then when the grant monies were mired in this bureaucracy with a threat of their being lost, he found a way to break them loose at the last minute. We could never have otherwise funded Phase I of this Project, we are now in a position to continue the project with the U.S. Department of Energy. Having had to deal with these kinds of issues over the years I appreciate just how difficult it was to accomplish what Topper has so skillfully completed for us. In view of the State’s current highly visible budget problems I asked Topper to seek outside funding for portions of our existing program as well as new projects. he was quick with a strategy to do just that.

“Aside from these very tangible achievements I just enjoy working with Topper. He is so quick to come up with ways to complement, supplement, and enhance what I am suggesting that it is fun to work with him….”

“Carla Rising will lure many readers into imagining what it would have been like to have been part of the struggles (for change)….likely to engage both your thoughts about history and your emotions about this intense conflict.”
— Paul Nyden, Charleston (WV) Gazette-Mail

“Carla Rising left me entertained and curious — so curious, in fact, that I did a lot more research into the U.S. mine wars; the book captured the time period very well.”

— Ken Silverstein (Mention of Carla Rising in Silverstein’s article, Coal Industry Has Wounded Itself Much Worse Than Obama’s Policies Ever Could, in Forbes magazine)